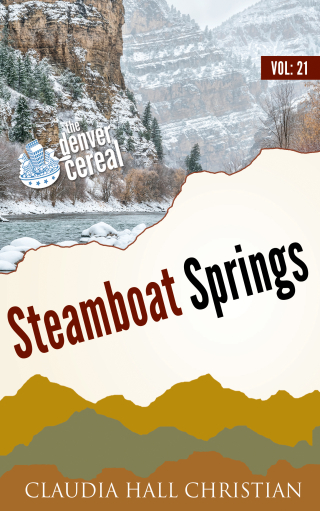 The inevitable unfolds with danger and adventure

When Sandy purchased a novelist’s journal, she had no idea it would wind up in a crazy adventure filled with danger and adventure.

In Steamboat Springs, Seth O’Malley, Bernie, the Fey Team, and a host of other interested parties head to Poland to attempt to get into the salt mine. But how do they get inside?

They have to survive a slew of dangerous booby traps, tricks set for Nazis, and dead bodies to get inside the salt mine. Once in the mine, they find every kind of treasure from precious art, novels, manuscripts, as well as a variety of power objects.

In the meantime, the fairies attempt to combine the four queendoms into a fair and equitable democracy. Still angry, Áthas sends her warriors to kill many of our favorite Denver Cereal characters. In order to steal the Sword of Truth, the fairies drag Katy and Paddie back in time. Trapped in a time loop, the children fight living and ghost fairies in a series of crazy escapades.

In the end, the children prevail with the help of their parents. The art is moved from the salt mine to the states where it will be returned to the descendants of those who left it in the mine.

Fantasy, paranormal, and everyday life connect to make the world called Denver Cereal. Started in 2008, Denver Cereal is one of the longest serial fictions ever written and published.

More Denver Cereal books are coming out in the next few months.

This work is licensed under a Creative Commons Attribution-NonCommercial-ShareAlike 4.0 International License.

The comments to this entry are closed.